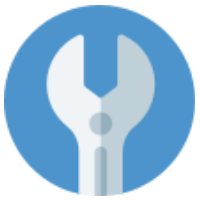 The QPS is linked to: 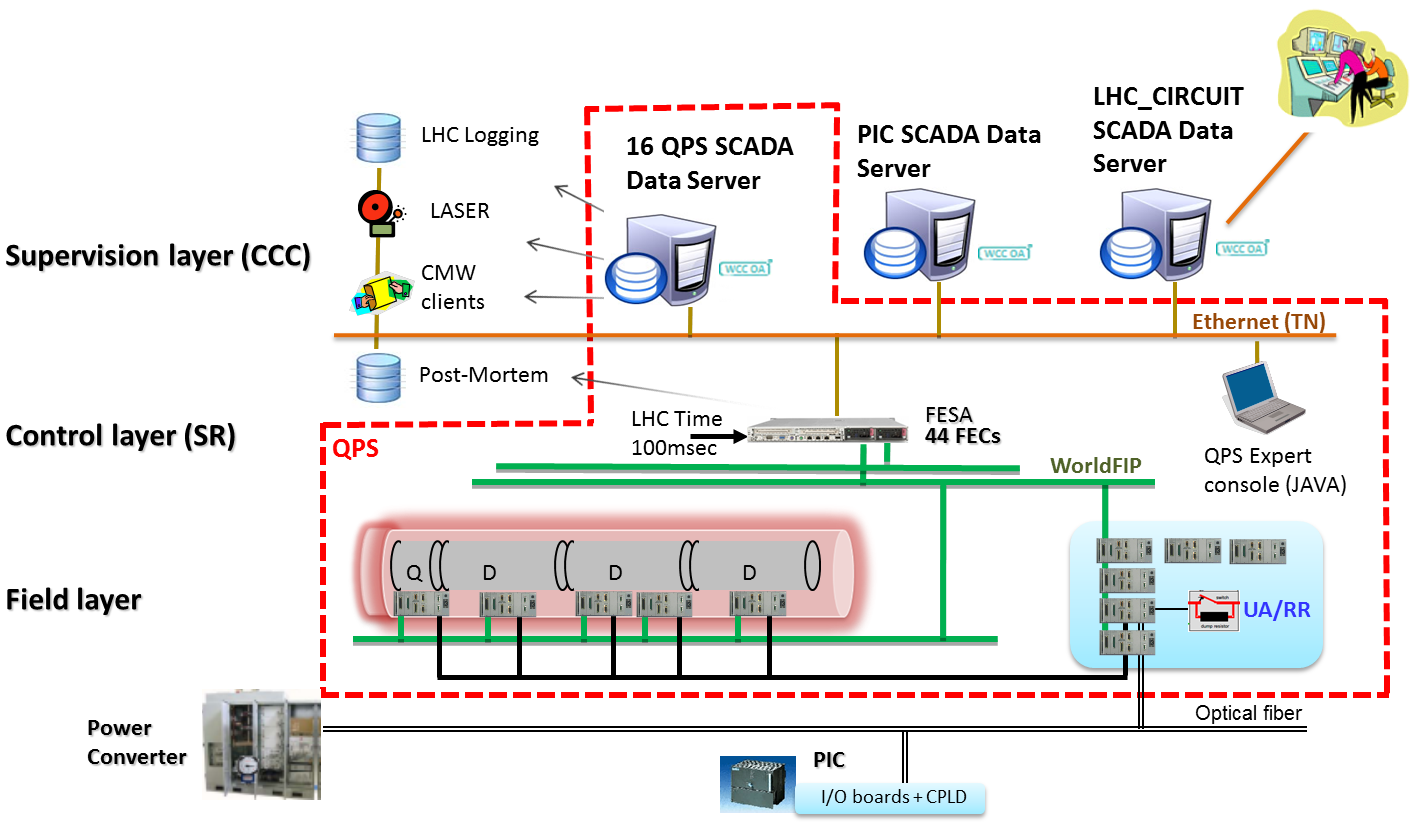 In case of a global power loss, there is 10 minutes of autonomy from the field layer up to the control layer in case of an occurence of an event: quench, energy extraction, splice fault, etc. including the fieldbus and network in order to have the post-mortem data send to the post-mortem system. All the data read in the QPS and saved at each layer are time-stamped in the field layer.
During commissioning and beam operation, a high level of availability is required for the field and control layer as it has to protect the equipment. The availability of the supervision layer has also to be good enough because it collects and distributes the data to the long term archiving and analysis system, and also because the field layer readout buffers for the splice measurement are too small; the splice analysis uses the data from the long term archiving.

The QPS is split into four major type of devices:

All types can be on the same WorldFIP bus. However usually:

The field layer (developed and operated by the TE/MPE), with 2800 radiation-hard equipments, is connected to the WorldFIP fieldbus. This equipment includes the fast readout and control system to protect the superconducting magnets and the superconducting elements (e.g. current leads) of the powering circuits as well as the control and monitoring system of the energy extraction switches. In detail this equipement:

Example of an event (plot over time):

There are four groups of field layer equipments, each equipment is named 'hardware device':

The control layer runs on a 44 BE/CO diskless industrial front-end PCs (also named FEC, DQGTW or GTW) and was developed with the FESA framework. Its main tasks are:

The front-end contains a dedicated timing card which triggers the WorldFIP bus at 10Hz to start the polling of the data of each field layer equipment. The trigger occurs at the same time for all the WorldFIP bus of the control layer (property of the timing card, connected to the timing bus and subscribing to timing event).

An expert tool (in JAVA) is provided to diagnose, to debug and to have a full control over the field layer 'hardware device' and 'virtual device'. The communication interface between the control layer and the supervision layer is based on CMW (Controls Middelware) and protected by RBAC, one must enter his NICE credential to start it.

The supervision layer runs on 16 HP proliant servers with the winccoa SCADA (Supervision Control And Data Acquisition) from ETM, the EN/ICE frameworks: JCOP, UNICOS and a dedicated QPS supervision package. It is interfaced to the field layer equipment by the front-end of the control layer by CMW and with RBAC protection, its main tasks are:

The archiving load in the winccoa dedicated ORACLE server is high about 123400 per second constantly.The ORACLE DB is installed in a dedicated cluster in IT building.

The supervision layer is dealing with 'virtual device'. 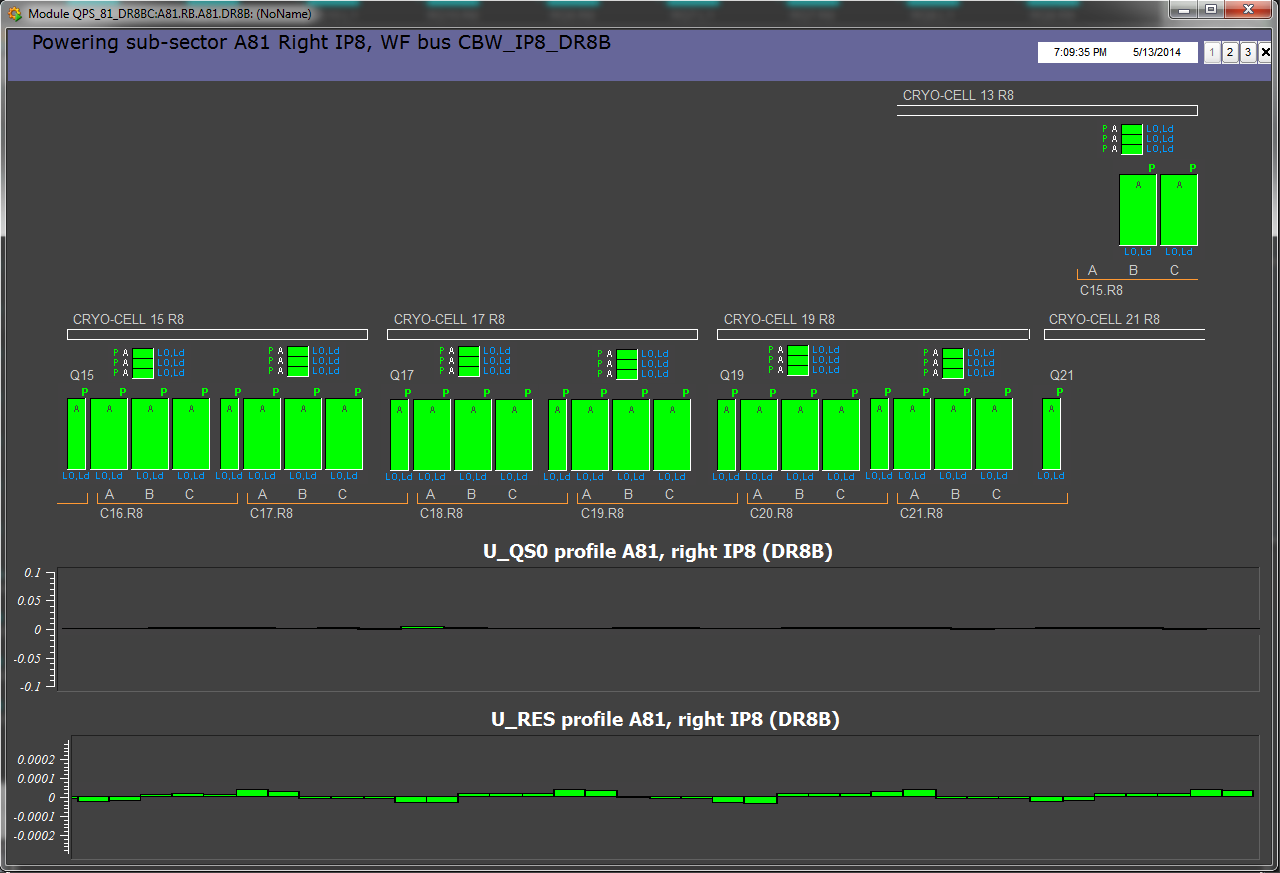